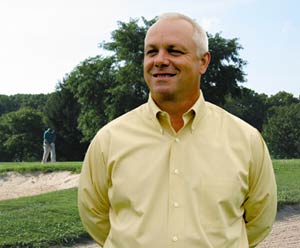 A graduate of Princeton High School, Ted — as is the case with most professional golfers — has spent most of his life involved with golf in one way or another.

Coming from a business background, Ted has worked in golf in one capacity or another since 1986. At first he was a Golf Instructor and Operations Manager in W. Windsor, NJ, expanding his knowledge of instructing, course management, equipment repair, shop management and customer relations. Starting in 1989, he held the position of Assistant Golf Professional in 3 major Golf Clubs in New Jersey. In 1998 he became the Head Golf Professional at Rossmoor, and has worked steadily in that position ever since.

He was an Assistant Tournament Host for the NJ PGA and a Tour Host for the NJ PGA Junior tournament. He has been an advisor to Rossmoor for many of their tournaments, and been involved in the Westfield Junior Golf Tournament at Rossmoor each July, a Statewide event for young golfers from 9-17. The overall winner plays in the National Westfield Junior Tournament in Ohio. Ted is also involved in organizing the Charity Pro-Member Classic at Rossmoor which features 29 Golf Professionals from New Jersey, the proceeds of the Classic are contributed to charities within the state.

Ted has participated in NJ-PGA section events, and has also been involved in the Rossmoor Community Outreach Events. 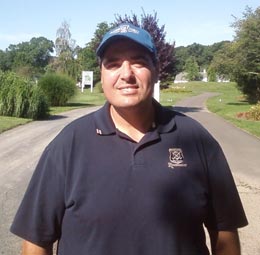 Tom Tucci has been at Rossmoor since 1991 when his twin brother, Scott, landed a position for him on the Golf Course at Rossmoor. Three weeks later, Scott left Rossmoor to work at Metedeconk National Golf Club in Jackson, NJ.

Tom graduated the Rutgers Professional Golf Turf Management School with High Honors in 1994. With a promotion from David Lerner of Castle Golf Management, he took over the daily operation of Rossmoor Community Golf Club in 1995.

Tom originally worked for Guardian Development, the second developer of Rossmoor Community, then a succession for two management companies, before being hired directly by Rossmoor Community Association Inc., in 2004. 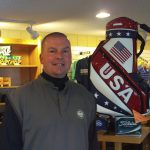 A graduate of Montclair University, Ray has been a golf professional since 1990. Ray grew into the business at age 15, caddying at Raritan Valley CC and eventually moving into the pro shop during high school and college. Ray began his professional career at the Applegarth Golf Range where he spent 4 years sharpening his teaching skills. In 1995, Ray went on to spend 6 years at Forsgate CC and then moved on to his first Head Professional position, spending 15 years at Concordia Golf Club starting in 2001. Ray has been with Rossmoor Golf Course since December 2017.

Ray enjoys playing competitively in local NJPGA tournaments as well as playing with the general membership. Teaching and watching students improve their game is the most rewarding aspect of the business. I look forward to meeting you either on the range, course or if you are just stopping by the pro shop to take a tour of the golf course.